For some reason I imagine this scene from Scripture having spotlights and a round stage, even though I’m certain it had neither. Yet, there is something so dramatic, impacting, and freeing about the words Jesus utters in this moment. Which, by the way, I somehow imagine him saying with a signature Clint Eastwood squint and the settling boom of James Earl Jones’ voice.

“Come and stand in front of everyone.”

That would make anyone feel self-conscious considering the backdrop, the setting, and the players in this moment. It’s all told about at the beginning of the third chapter of Mark. Jesus is in a synagogue, surrounded by a crowd, and among those present are a group of hyper-analytical Pharisees – the men who knew the law of Moses like the back of their hand and who weren’t afraid to use it. And in this instance, Mark refers to them as Jesus’ enemies.

But there among the crush of watching humanity was a man with a messed up hand. And it was to him that Jesus says,

“Come stand in front of everyone.”

Yet the moment is more poignant than most of us can sense because it was the Sabbath, the day the law of Moses demanded be guarded as a day of rest. Legally, people were not allowed to work. And the legal brood in the crowd had that card in their back pocket. Hands by their hips, they were ready to quick-draw if Jesus dared to “work” on the Sabbath.

It was a classic gotcha moment. Would he dare break the law?

{Room darkens, spotlights burst into a flood of light.}

“Come stand in front of everyone.”

“Hold out your hand.”

Imagine if that was you being asked to hold out precisely what you try to hide when you shake the hand of another. Imagine it was you caught in the middle of a conflict of culture-war proportions. Imagine Jesus made YOU the nexus of his next decision. Will he do something for you, or appease the strict religious elite?

But that is just it. Jesus did make every one of us the nexus of his most important decision, the cross.

Imagine you were in front of everyone and you realize that your pain, your weakness, your flaw, your inability, your defect, your very hand opens up in a miraculous surge of divine power!

Jesus calls us all to stand before a watching world – the religious included – and he redeems us right there on that stage. Not because the law of Moses endorses it, but because the love of God freely gives it to us. In fact, the law demands our hand be removed, that the moment be passed up, that we be ignored….because under it we are not, nor will we ever be, deserving, of Jesus doing anything for us. And yet he does.

What has you crippled?

What refuses to heal?

“Come stand in front of everyone and hold out your hand…”

And not because you deserve it, but because Jesus himself called you there precisely to do something about it.

Mark 3:1 Jesus went into the synagogue again and noticed a man with a deformed hand. 2 Since it was the Sabbath, Jesus’ enemies watched him closely. If he healed the man’s hand, they planned to accuse him of working on the Sabbath.

3 Jesus said to the man with the deformed hand, “Come and stand in front of everyone.” 4 Then he turned to his critics and asked, “Does the law permit good deeds on the Sabbath, or is it a day for doing evil? Is this a day to save life or to destroy it?”But they wouldn’t answer him.

5 He looked around at them angrily and was deeply saddened by their hard hearts. Then he said to the man, “Hold out your hand.” So the man held out his hand, and it was restored! 6 At once the Pharisees went away and met with the supporters of Herod to plot how to kill Jesus.

You can read more by Daniel Gutierrez at Stir the Pot 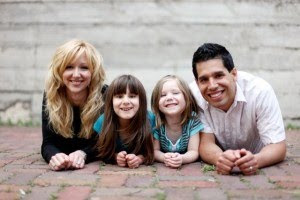 About Pastor Tim Burt
God’s Plan: The Road to God’s Forgiveness and Salvation, and the Gift of Heaven
Hi From Renee
How Your Donations Are Used
Ministry Update: Peru Missions Trip – Renee Burt
Missions Trip Picture Gallery
Our 2021 Year End Ministry Update
Our Ministry History and Vision
The Romans Road – Understanding the Path to Jesus and Heaven
What People are Saying About Pastor Tim and Fresh Manna
Pastor Tim Burt’s Award Winning Garden

Find Me On Social Media